One of the best things about it is that it has minimal cardiovascular adverse effects, which makes it a game-changer for older subjects that are more susceptible to strokes and heart attacks. This medication has been authorized by the FDA for female therapy after many clinical studies showed its efficacy.

PT-141 is a peptide hormone therapy that is primarily used to help males and females improve their sexual performance. It’s a Melanotan II derivative, particularly a synthetic cyclic heptapeptide alpha-MSH hormone derivative. Because of its chemical composition, it acts as a quasi selective agonist for the MC1 through MC5 receptors, which are mainly located in the nervous system.

You may have heard it called Vyleesi, Bremelanotide, or the “sex peptide” since it causes a favorable sexual reaction. Subjects may benefit from increased energy levels and excitement, in addition to increased sexual desire.

Peptide pt-141 was first investigated as a potential tanning ingredient for UV-free or “sunless” tanning. It was believed that applying this chemical to the body might create the appearance of a tan, sometimes known as a fake tan. Melanotan II studies showed modest deepening pigmentation in some male subjects, as well as an increase in sexual desire and spontaneous erections. There was a growing awareness that the pt-141 peptide might help with sexual problems, especially erectile dysfunction in males and a lack of sexual desire in females.

Pt-141 is a synthetic man-made aphrodisiac that works differently than other PDE5 inhibitors like Cialis and Viagra. Pt 141 is unique in that it acts directly on the hypothalamus in the brain to enhance emotions of desire rather than acting on the vascular system.

What Is the Purpose of This Peptide?

If you read peptides reviews online, you’ll find that the majority of researchers who use this drug are treating subjects that have a problem with their sexual health. This peptide is very beneficial to subjects who suffer from sexual dysfunction. Unlike many other commonly used sex drugs, this one is suitable for both male and female laboratory subjects.

What Is the Process?

Pt-141 is a nerve system stimulant that increases pleasure, desire, and sexual arousal in both males and females. This chemical, unlike other therapies that operate on the vascular system and simply offer the subject the capacity to sustain an erection, gives them drive and desire in addition to an erection. It helps to increase libido in both male and female subjects.

The peptide increases sexual drive by stimulating the synthesis of dopamine hormones. Dopamine is a prevalent neurotransmitter that regulates performance; if the body doesn’t generate enough of it, a person may feel sad and have a low libido. While pt 141 is used to improve sexual health, it may also be used to increase natural energy levels without the need for hazardous substances like beverages or tablets. Furthermore, the properties of pt 141 make it an excellent choice for a fake tan, allowing users to get darker skin considerably more quickly than with traditional tanning techniques.

If you are a researcher interested as to where to buy pt-141, then you can find it online, but we suggest only buying from verified suppliers and for research purposes.

Eye Care For Seniors: How To Keep Good Vision?

What are the top techniques to undertake mobile application security testing systems? 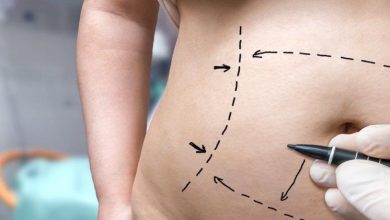