When somebody you love is addicted to alcohol, it has a huge negative influence on your life. There are a few signs that show that somebody is addicted and a few things you can do to make somebody aware of the problem, but it is never easy.

You are addicted to alcohol when you are drinking so much that it influences your health, work, and social life negatively, and you can’t stop drinking. People that are addicted start drinking to find relief from their stress and insecurity. The danger of alcohol is that it seems to help with the trouble that people have, and people more and more start to drink when problems get worse. A person feels better with alcohol, but also often people drink because they are just simply bored and do it to relax. Addictions often start with a small glass of wine and quickly become a habit.

Normally, people look at the number of glasses somebody drinks to see if one is addicted. However, the amount you drink doesn’t say anything about you being addicted. Somebody who drinks every day doesn’t have to be an addict. It’s about the reason why you drink and if you can stop when there are problems because of the drinking, for example, health problems. When alcohol is more important for you than other things in your life, like friends and family, then you are addicted.

What are the signs that somebody is addicted?

An addict to alcohol is often smart in hiding his or her addiction. They will hide the drinking and deny the problem. There are a few signs that will tell you if somebody has a problem:

What can you do when dealing with an addict?

When you know somebody has a problem with alcohol, bear in mind that he or she is often ashamed of the problem and will defend en deny the issue. Here are some tips for how to deal with an addict:

When are you drinking too much?

Whatever the reason is you are drinking, too much is never good. It has a negative effect on your body and mental health. You shouldn’t drink more than two glasses a day if you are a woman, and for men, it is three glasses. You shouldn’t drink at least two days each week; otherwise, your body will get adjusted to it. Never make drinking a habit. If you can’t stop, ask yourself why you drink, and do something about it.

How does Bergamot essential oil aid in the betterment of health and beauty? 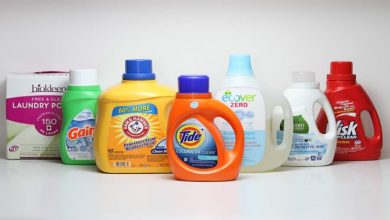